What bike to take, now that is a question which demands consideration. Theory goes any bike is capable but that doesn’t mean strapping a pair of saddle bags on the Fireblade and tearing up tarmac all the way east.

After lengthy consideration and deliberation the trusty Suzuki DRZ400S work horse was picked for the job. Why? It’s light, meaning when it and I inevitably go sideways I’ll be able to pick her back up dust us down and continue on, consensus has it that no one returns uttering the words ‘I wish I’d taken a bigger bike’. Cheap, keeping down the cost means more funds for the trip and less spent on the RAC modern day highwayman day light robbery overpriced Carnet de Passage. Finally, much like myself, simple, less to go wrong and when the proverbial brown does smash into the fan I’ve a fighting chance of fixing the problem, or at least finding someone in a far flung location that can.

So let me introduce to you The Yellow Peril, name subject to change at any point! 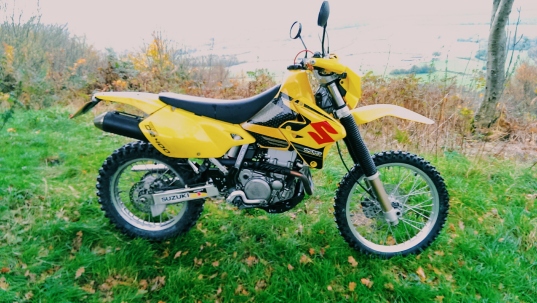 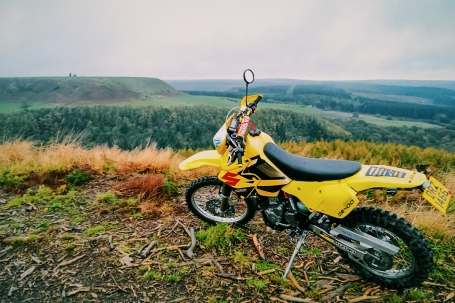 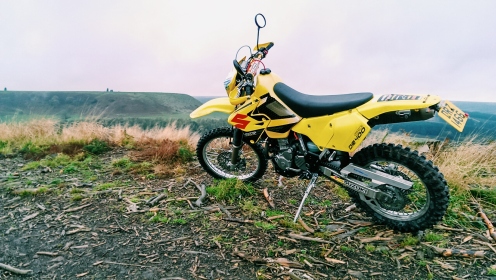 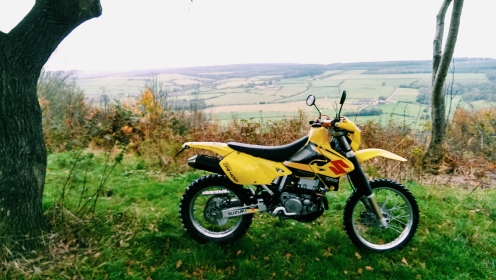 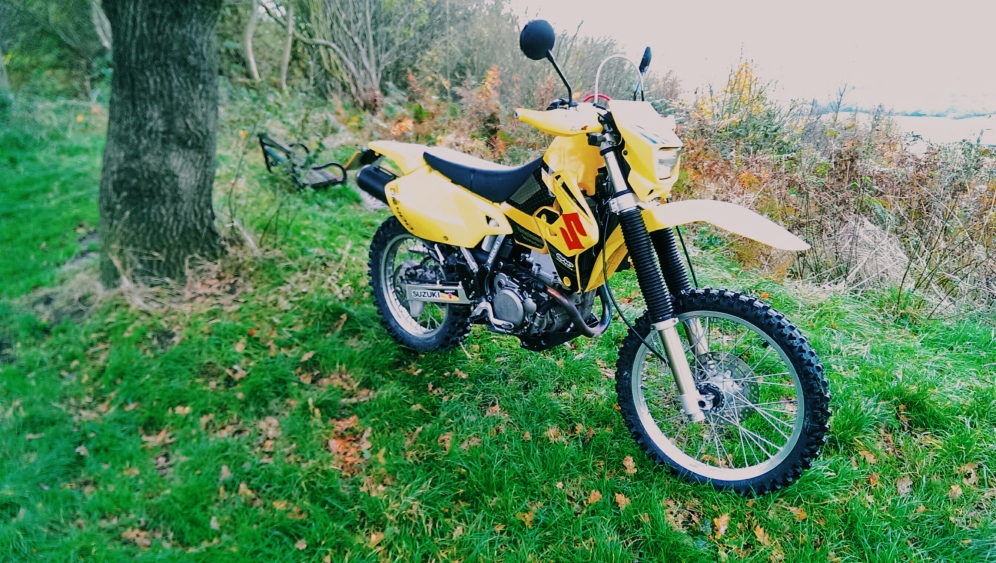 After chipping away in the garage with my next to none existent mechanical knowledge hitting things with hammers and working with the delicate touch of an iron clad elephant, the machine emerged trip ready…………..maybe. Although if the Yellow Peril can survive 3 months in the garage with me she can survive a lifetime round the world.

At this point I must warn you unless you really want to know whats been going on maybe just peruse the pictures, otherwise you’ll be bored out your box.

The changes made and in no real order but kind of navigating from front to back are:-

Front and back wheel bearings replaced and greased. Knobblies switched out for Heidenaus K60s with heavy duty inner tubes pumped full of Dr Sludge and spokes tightened the best I could, they all seem to ping around the right note. Also changed out the brake pads for new sintered ones, the old ones will be carried as spares, after switch out there was more bump a grind on the front than on a dance floor in a bad 80’s night club, on closer inspection the piston seals were breaking down and breaking out of the calipers, so these got replaced along with the brake fluid. Front end was stripped down and with the head bearings in good condition they just got cleaned and lubed up ready for a good hammering. Note the professional use of the litter tray, a must in any workshop. 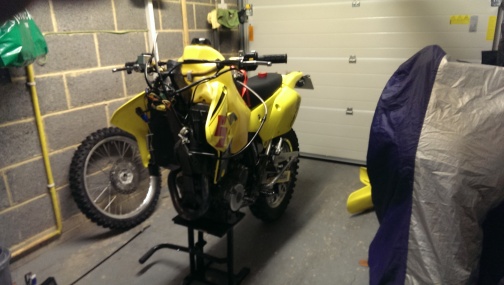 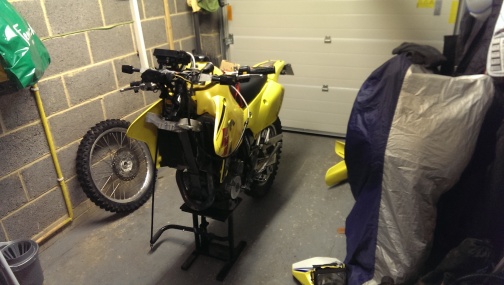 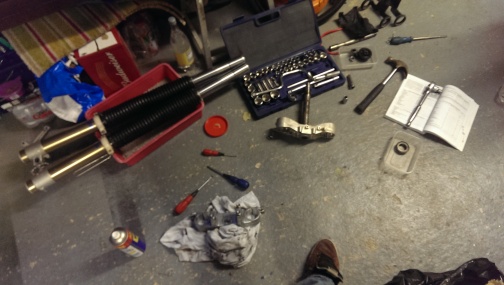 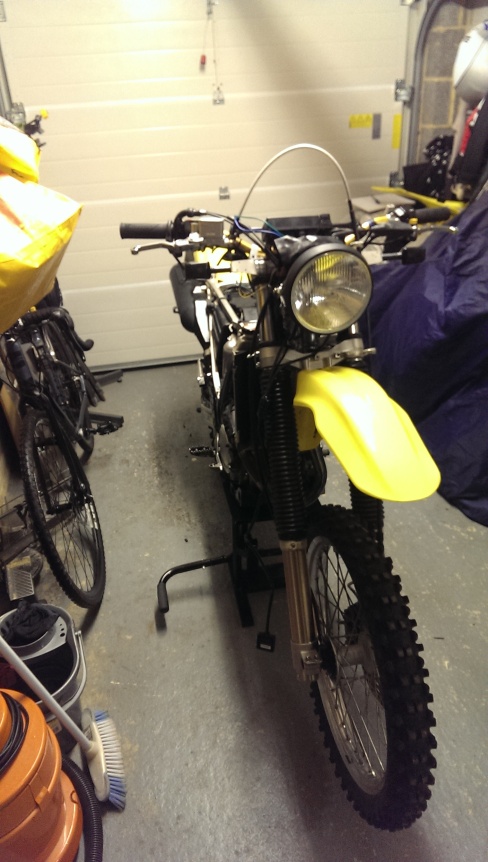 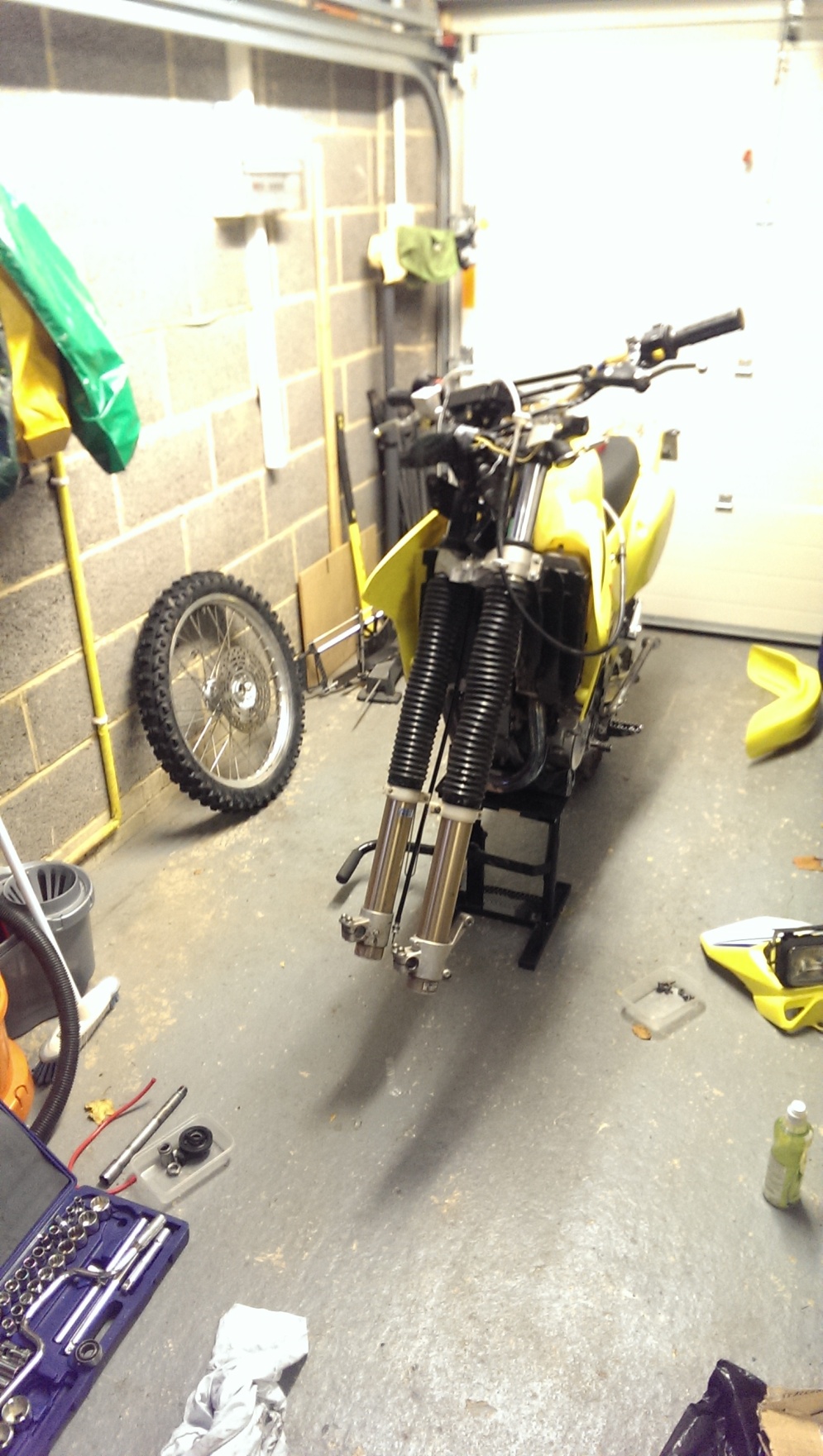 The most striking change is the head lamp setup, in an attempt to stand out and give an air of cafe racer there’s a 7″ old school headlight, along with an airblade tallboy screen, this gives the added bonus of shifting some of the turbulent air up and over and will hopefully lessen the strain on arms, neck and fleetwood mac (back).  Holding this all to the bike posed a bit of a conundrum as the brackets available online don’t come cheap and always liking to be resourceful and in no way due to my Yorkshire tendencies of being cheap, I found the solution in a pair of shed door hinges cut down and re drilled to extend the original mounts . Whether these endure the road only time will tell but for a grand total of £2 I’m willing to find out.

Tucked in behind the screen is a double usb socket and volt meter run on a separate fused circuit controlled by a solenoid tied into the rear light, this will charge camera batterys, phone and gps (which I don’t really intend to use unless I have to, call me map man). The voltmeter is there to stop me making a prat of myself and running the battery dead.

At either end of the Renthal bars there’s a set of barkbusters and behind these oxford heated grips to help high up on the Himalayan passes. Spare clutch and throttle cables have been run along side the existing ones.

Although I understand the workings of the engine there’s still the mental and physical barrier of entering that metal labyrinth, one day it will have to be done but until that day arrives I’m happy to live in blissful ignorance.  To give the engine a once over for my piece of mind I called in the services of the professionals, Nick the mighty mechanic. I know the cam chains on the early models can be temperamental, and never having heard a DRZ before wanted to tune my ear into an engine I knew was good. Clearances on an exhaust and intake valve were nearing out of spec so these were put right. Other than that she was give a clean bill of health. Nick if it brakes down now the blame is on you. 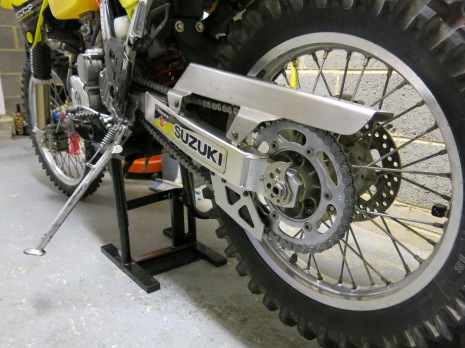 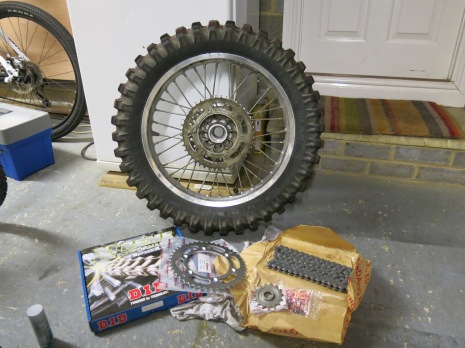 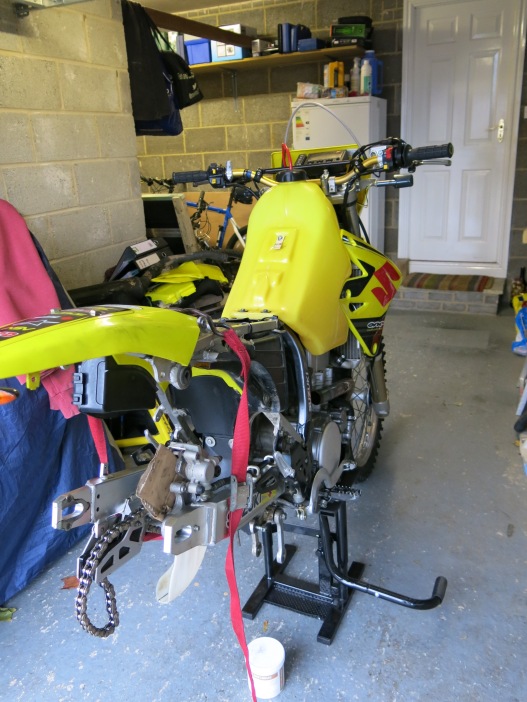 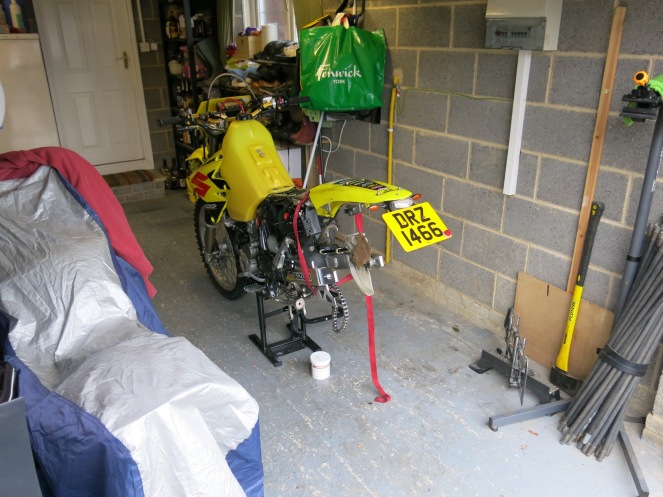 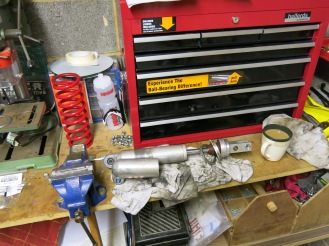 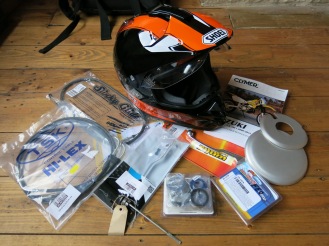 Engine covers have been fitted to stop the gear and rear brake lever punching a hole in a spill. Rear suspension and swing arm linkage striped and serviced. Both sprockets changed out along with a new DID x-ring chain, these are by all accounts the best you can get and I’ll certainly test that claim. And a loob man to keep it moist.

After what seemed like an eternity the luggage racks arrived from Dirt Racks in Canada. After searching online for quite some time I stumbled across these, although there was limited reviews, for half the price of anything available in Europe it was a no brainier, so I’ll keep you posted on how they hold up. As for the bags I’d been keeping in touch with Mike at Kriega after meeting him at the Motorcycle Show, after sending me a few samples I decided on two US 20 to hang from the sides, top bloke and fellow champion of the DRZ, his is still in Australia somewhere.

A couple of other bits were already installed on the bike which helped the cause greatly, a Clarke 3.9 gallon tank, skid pan, Renthal bars and braided front brake hose. As for the fuel capacity I wont know if it’s enough till hitting the road, I suspect for some of the longer sections in the Stans improvisation will be the key.

So that just about sums up whats being going on behind the garage door. The only other thing to mention I suppose is what I’ve learned, along side expanding my mechanical knowledge exponentially I’ve discovered that with a good manual a lot of time and quite a bit of patience those things that seemed so daunting aren’t so difficult after all, hopefully this sentiment continues throughout the trip. Here is the finished beast…..