Go make yourself a brew and get comfy this is a big one.

From Montenegro there were two routes now I was homing in on Istanbul, the Northern route across the top of Albania into Kosovo though Macedonia, Bulgaria and into Turkey, or the Southern route down the coast of Albania and traverse Greece all the way to Turkey. Knowing Kosovo was a hotly disputed territory the Northern route seemed the obvious choice.

Crossing into Albania was a breeze, no green card required, and off I went through the sparsely populated Northern hills, dotted with the occasional dilapidated soviet style apartment block, in the beautifully named Puke. But the two most common sights were locals wandering out from the woods to hitch a ride when they herd the sound of the engine, but on seeing the Yellow Peril chugging it’s way up the hill they soon retracted their thumb and waved, and the memorials at the road side for those who never did make it over the pass, the precipitous drops guarded only with occasional rocks with a lick of white paint explained the tribute at every other turn.

Again no green card required for Kosovo, as it’s yet to be accepted into system, so insurance at the boarder for €15. Getting in was easy, little did I realise getting out was going to be the hard part. After a night in Prisren and a morning of wandering around and seeing the city the plan was to cross into Macedonia.

Emma a fellow two wheeled explorer heading East on Grettle the Vespa, who I planned to meet in Istanbul for applying for visas, had already pre warned me that they charge €50 on the boarder, but I thought i’d chance my luck and see if they just waved me through. After smiles all round and a good chat with the Kosovan boarder guard I crossed no mans land to be met by a short, fat, sour faced Macedonian boarder guard puffing away on cigarette, through the clouds of smoke came the predictable words ‘no green card, you must buy insurance’. Off to the office I went and the fee was just as I had been warned, thinking this might be negotiable I tried to haggle but to no avail. Looking at the map the Serbian boarder was maybe only 2 hours away, I had a thought of how to pull a clever trick and save myself some pennies, go back into Kosovo and cross into Bulgaria via Serbia. So after explaining it was too expensive and getting no where with the haggling there was a rather confrontational exchange between me, the uncooperative sour face and a machine gun carry soldier before they would release my passport and let me return to the friendly arms of Kosovo.  For the second time in 24hrs I was stamped back into Kosovo with a warm welcome, they even agreed with me that €50 was taking the piss, or at least I think that’s what they said.

Retracing my steps then heading east for a second crack of the whip at leaving Kosovo. Another friendly greeting as my passport was checked before traversing across the highly disputed Kosovan – Serbian boarder. No mention of green card or insurance, things were looking good for my crafty plan to circumnavigate Macedonia, but time continued to pass and he kept flicking over and over through the pages of my passport as around me everyone walked through the boarder with the greatest of ease. Maybe the fact they were walking across after getting dropped of or parking their cars at one side should have been a sign this wasn’t a typical boarder. “Where is your stamp”, oh here we go. So as it transpires although it is a boarder crossing, which allows locals to pass freely through it, for a foreign national to cross from Kosovo into Serbia they must have a pre existing Serbian entry stamp, which crucially can only be obtained from entering the country from another neighboring county and not from Kosovo. After another explanation of my plight and my bewildered face that they couldn’t just give the stamp here, my passport went off to another office and higher authority, while waiting drinks were distributed and laughs exchanged, but after 10 minutes the verdict came back sympathetically there was nothing they could do. Come on, it’s not like there was war over it.

Back to Kosovo, hello again. Third time in 24hrs. “Didn’t you just leave?” with a look of puzzlement, another explanation of the goings on and laughs all round, “These are Balkan problems” said the guard as he shook his head, pointed to the Serbians and laughed “Serbians are stupid”, and that just about summed it all up, Balkan problems.

While looking at the map re assessing my options an old man walked past, we got to chatting as his family went to find their lift or car on the Kosovan side of the boarder, asking where I was from in England, I just about got out the word York… before he shouted “Yorkshire” waved his hands in the air, cheered and followed with “Welcome to Kosovo, you are a guest in out country”, I hadn’t the heart to tell him I was trying to leave. In hindsight this should have been a sign not to leave, the people there were amazing.

There was only one realistic option left aside from taking a 3 day round trip back to Albania and circumnavigating Macedonia anti clockwise and heading through Greece, I was going to have to swallow my pride and head back to the Macedonian boarder. So hot footing it or should that be hot wheeling it with my tail firmly between my legs, I arrived back to the short, fat, sourfaced boarder guard in the exact same place I had left 6 hours earlier. But this time on seeing my return his face turned from disdain to pure pleasure as he sneered knowingly through his nicotine stained teeth “where is your green card? You must buy insurance”. God I really wanted to poke him right the eye, but knowing this might hinder my chances of making it across the boarder some time this year, I just smiled and laughed at the fact that I didn’t know better and then went and resentfully handed over the €50.

Within 1hr of crossing the boarder I was sat in a bar in Skopje chatting with Goran the ex volleyball champion and hostel owner who represented Yugoslavia at the 1980 Moscow Olympics.

With somewhat of a deadline to be in Istanbul to start the visa applying process before the weekend there wasn’t much time to hang around in Macedonia so in the blink of an eye I was headed for Bulgaria and back into the EU. This meant no more green card, or so I thought. Yet at the boarder de ja vu, “where is your green card” to which came the now standard response “I don’t have a green card, so I will buy insurance” and then I was caught off guard “it is not possible to buy insurance at this boarder you have a big problem”. Looking back this should of been a sign that somthing fishy was afoot, every other boarder thus far had an office just for such an occasion. At this point the boarder guard told me in quite clear English he only spoke Japanese and began ignoring my questions on how to proceed. After a surreal yet comical episode of grinning and shrugging he came out of his booth, calling me forward as he looked around sheepishly and suddenly remembered how to speak English to ask “how are we going to solve this problem”, “I don’t know, how do you want to resolve this problem?” I replied. “I like good whiskey” came his response. Ahh Mr Corrupt boarder official has a penchant for Scotch does he? That’s why he’d called me forward, into the blind spot of the cameras. “How much does a good whiskey cost?” I questioned, “€50” was his opening offer, “I’ve got €10” knowing there was a 50 and 10 in my wallet, “OK €20” was his counter. Even if I could get him down to 10 to get it out of my wallet would reveal the 50. Time to bring out the secret dollars from another pocket. “I’ll give you $20” enticing him with the promise “it’s worth more than €20”, it isn’t but with that the deal was done, the note was slipped inside the V5 and handed over and then given back minus the money.

That night I made it to Plovdiv and found out from chatting with the lad at the hostel I definitely didn’t need a green card. I’d suspected that from the totally unofficial way the exchange had gone down, but at the time wasn’t %100 sure so didn’t have much room for maneuver. Either way there’s no way he’ll get a good bottle of whiskey with $20 and the Balkan ‘problems’ were now behind me. 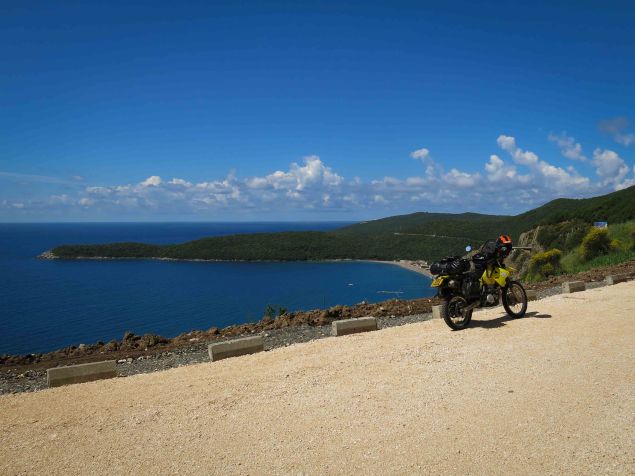 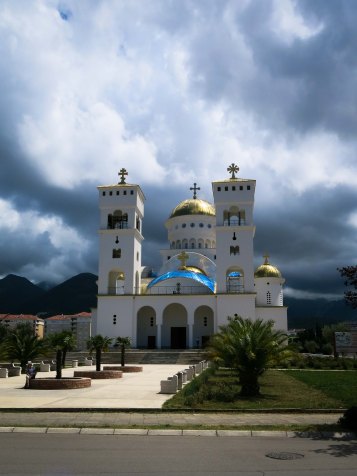 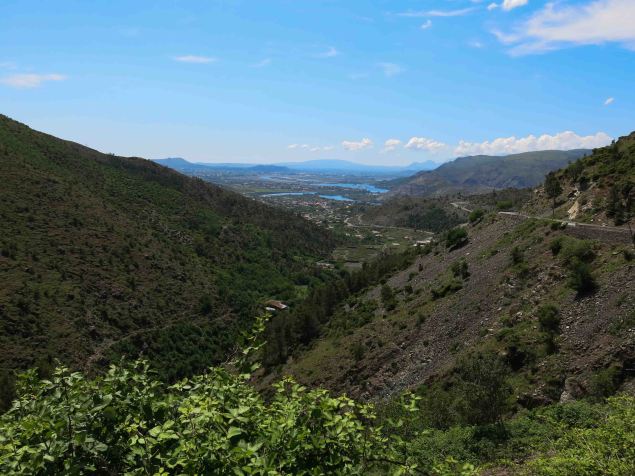 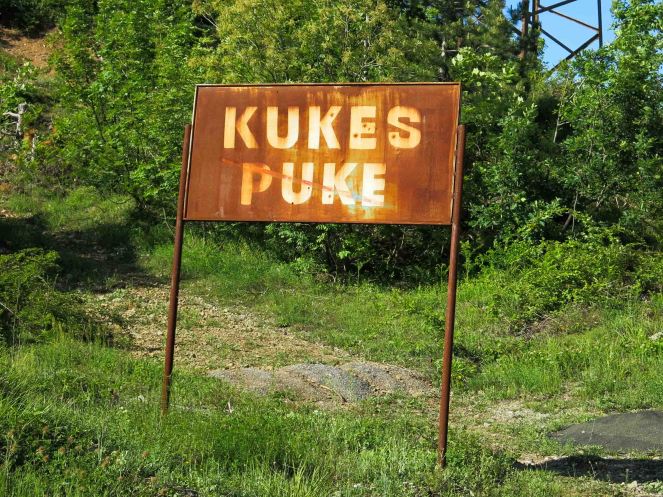 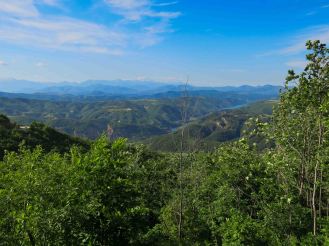 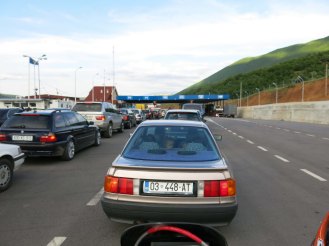 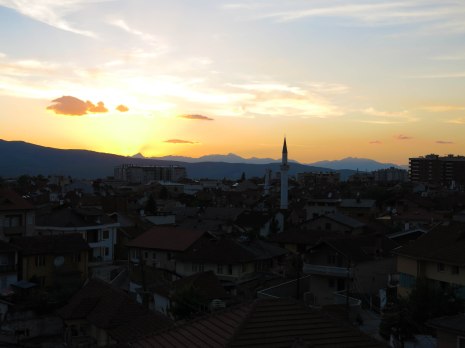 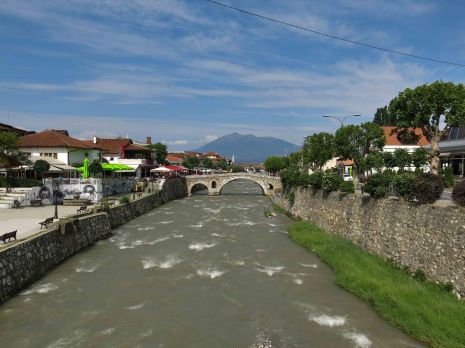 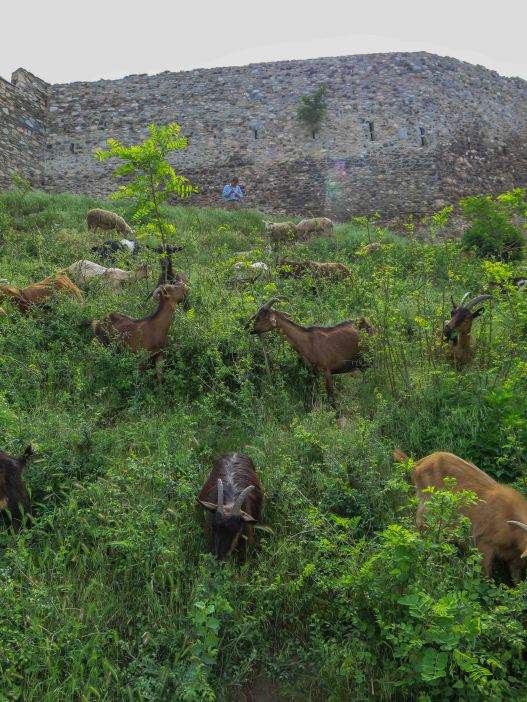 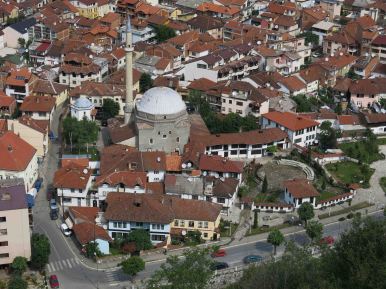 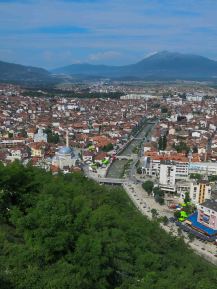 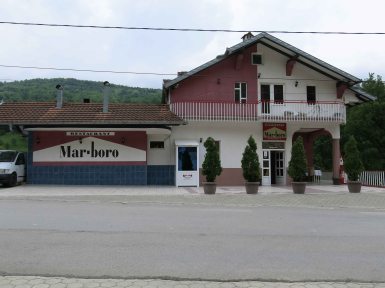 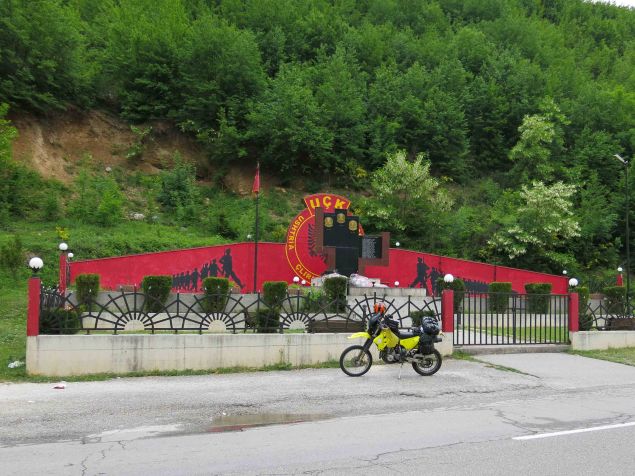 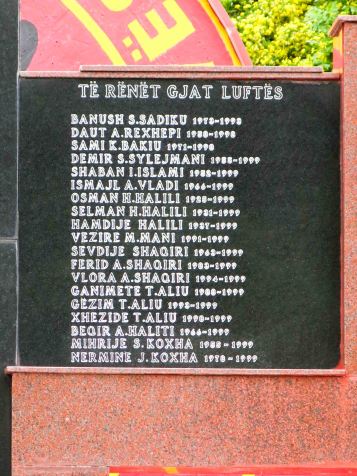 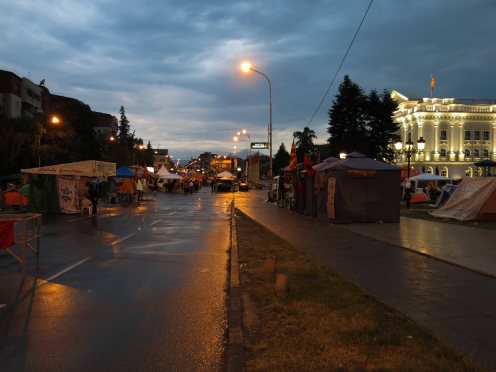 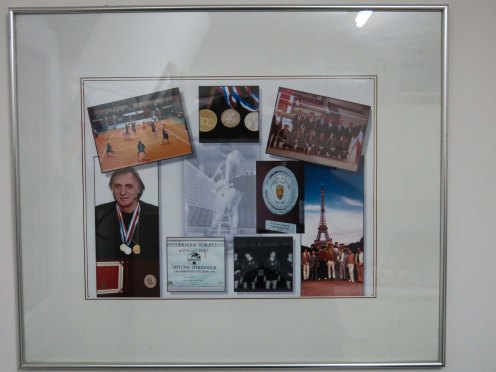 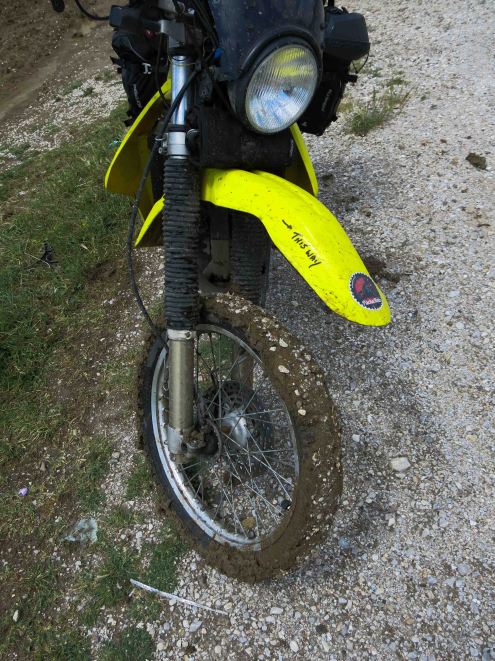 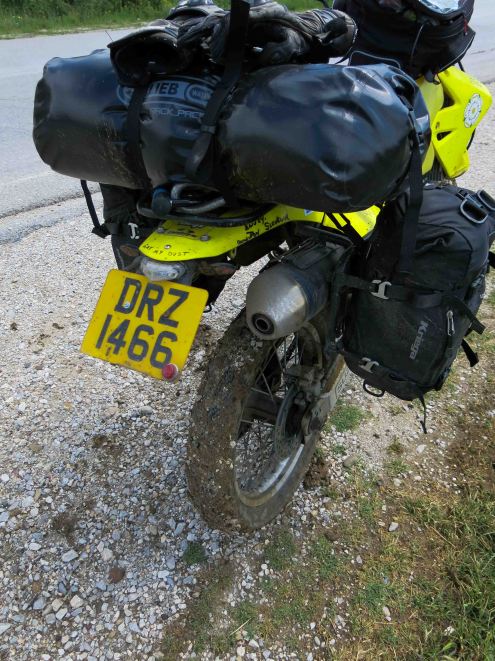 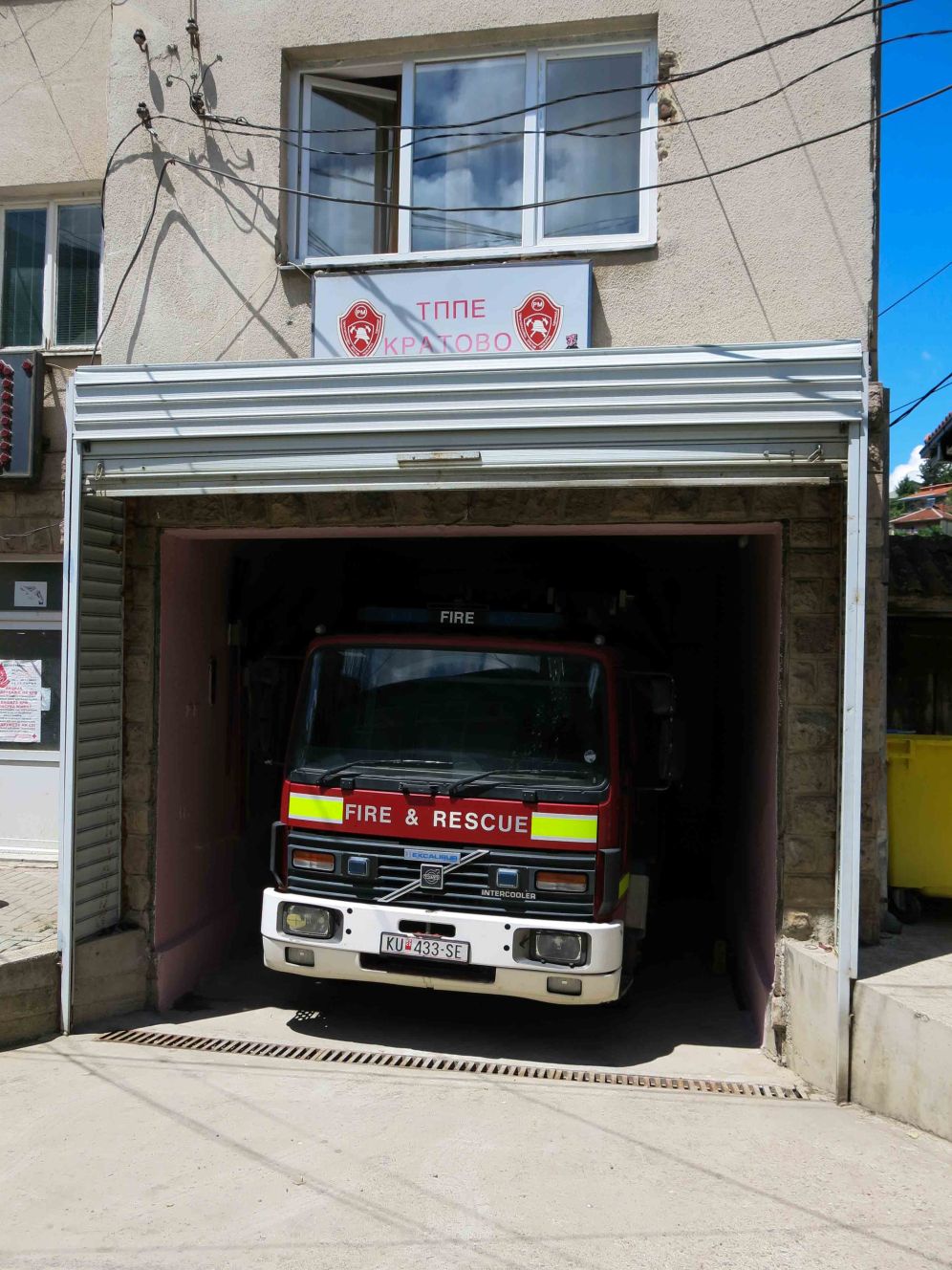 One thought on “Balkan Problems Pt2”